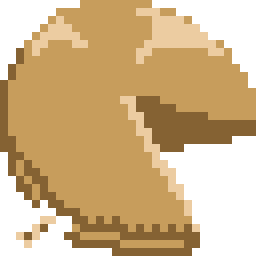 The princess finally agreed to explore outside the wall with you, her court lady! On your way to the golden flower, make sure to take in all the beautiful scenery. No matter how hard you look, you won’t find a model of this World Heritage Site, since the project to build it along the river was never funded.

You’re sick of being force-fed crackers. To eat something else, bring your friend to the local restaurant, and the two of you can share this starter with chicken and beef.

After your breakdown at school, and the fight with your old friend over video chat, it’s time to run away from home. Across from the biggest building in town is a theater. If you go there this April Fool’s Day, a band whose name ends in this word will be playing.

After almost being consumed by the matchmaker, you could really use a drink! Hop over to the innermost eatery in the country. They have three brand-name alcoholic beverages on their menu; this one is by the oldest of the three brewing companies.

You’re going to need some musicians to help you out if you want to keep singing about your phony ruler. You can find some across from the fun stop, but they’re guarded by one of this type of two-word obstacle. You’re tall enough that it shouldn’t pose you much of a challenge.

Now that everyone knows what powers you have, you’ll need to flee the kingdom. On your way out, pass the cafe up ahead, then the next building on your right will be a replica of one of these structures (in English).

It’s too bad you had that run-in with the bell. Before that, you would have easily gotten a table at the most popular restaurant in town, or even performed there! Look around for some gentlemen who can take you through the main dining room anyway, but take note: only this one of them is a local.

Your friend just turned into a donkey! Run away, or you’ll be next! If you’re quick enough, and go in the next couple of months, you’ll be able to see two characters in topiary form as you exit the whole area. They are originally based on this short story from a magazine.

As the punctual majordomo of a large castle, you might not have had the chance to explore the whole country. Since there’s a lot to see, you might want to take the tour. Near the beginning, you’ll glide through a swampy area while a song from this five-word musical suite is playing.

You’re famous! You’re now known all over the world as the dancer in red from the World Grand Prix welcome party! Head from the gate to the local store to buy something for yourself to celebrate, but as you do, admire this type of building on your left.

Your name sounds like a local type of hat, and you suggested playing I Spy with your brother when the only thing in sight was a tree. Instead of playing games, try watching the nearby film instead. It’s now narrated by a comedian, but it used to be narrated by the voice actor of this sorcerer in a number of games.